April A to Z: D is for Desert of the Dead Gods & The Lack of Demihumans 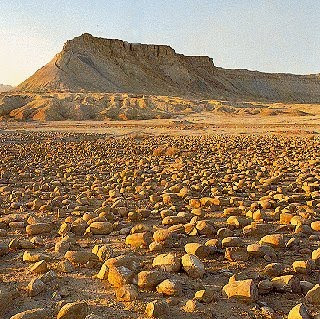 Desert of the Dead Gods

The city of Ugarit rests on the western edge of the Narrow Sea at the foot of the Sumalhi Hills. Beyond the Sumalhi hills lies the vast plain of the Desert of the Dead Gods. The land here was once the prosperous and vibrant land where the ancients had vast cities that dotted the plain. Now the plain is sun baked and fire blasted by weapons in ages lost to history. These weapons laid cities to waste and turned some areas of the land into black baked glass. The area is now home to numerous nomadic bands of mutants and beast-men who were rumored to be the slaves of the ancients. Few are brave or adventurous enough to explore these lands, but it is rumored that the ruins are littered with artifacts and treasures of the ancients that once lived here.

Encounters in the Desert of the Dead Gods:

*The Nomadic tribes will be either:

1-3: Mutant Humanoids (use the following creatures as the tribe members: Goblins, Bugbears, Hobgoblins, and Ogres - these are mutated humans or experiments of the ancients, their true origin is not known).

4-6: Beast-Men (use Gnolls as beast-men stats - the Beast-men are jackal headed humanoids that hunt the Desert of the Dead Gods looking for slaves and treasures).

**The Band of adventurers will be composed of the following:

The Ugarit campaign while using the Holmes edition and the Monster Manual, does NOT use Elves, Halflings, and Dwarves. Nor does it use any of the standard monster races (well not by name anyway). Some new character races will be introduced as substitutes for these races.

I will use the Draala (a very familiar race to players of Star Frontiers) in my game - this race was described in detail in the latest issue of Fight On! #11 written by Jason Vasche.