Here is a detailed map of the Rockford region, and the location of the Pit Perilous (campaign dungeon). I recently bought Pits & Perils (which can be found here), and I have really fallen in love with the game mechanics. So, I started putting together a basic campaign pitch (centered around a dungeon, of course).

Directly across the river Broad lies the darkened Lichwood. A haunted forest shunned by the good-folk of Rockford. Legends tell of a haunted keep, called the Perilous Pit, which is located beneath those dark and gnarly trees. Many an adventurous soul has wandered south into the shade of those trees, never to be seen again. A few hardy souls have come crawling back with tales of foul beasts, and heaps of treasure there for the taking.

The lone inn of Rockford, the Broken Keg, is the gathering place for travellers upon the kings road as well as adventurers who would risk life and limb to gain the spoils of the Perilous Pit.


Orcs can only be destroyed by fire.

The Summer Faire of Karog is here...

Time for a new FlailSnails compatible jousting tournament over on G+. To join, find the Jousting Fields of Normandie G+ group and ask to join. Then using the rules found here to create a knight (unless you have a worthy character willing to risk life and limb to win fabulous prizes).

The prizes for offer are:

1st place gets first pick from the 3 books pictured below.2nd place gets one of the last 2 books.The last book goes back into the prize pool for next time.Prizes:Deities & Demigods (non-cthulhu book)Basic D&D (not in the best shape, but game ready)D&D Creature Catalog.This in addition to BRAGGING rights among your G+ peers.﻿ 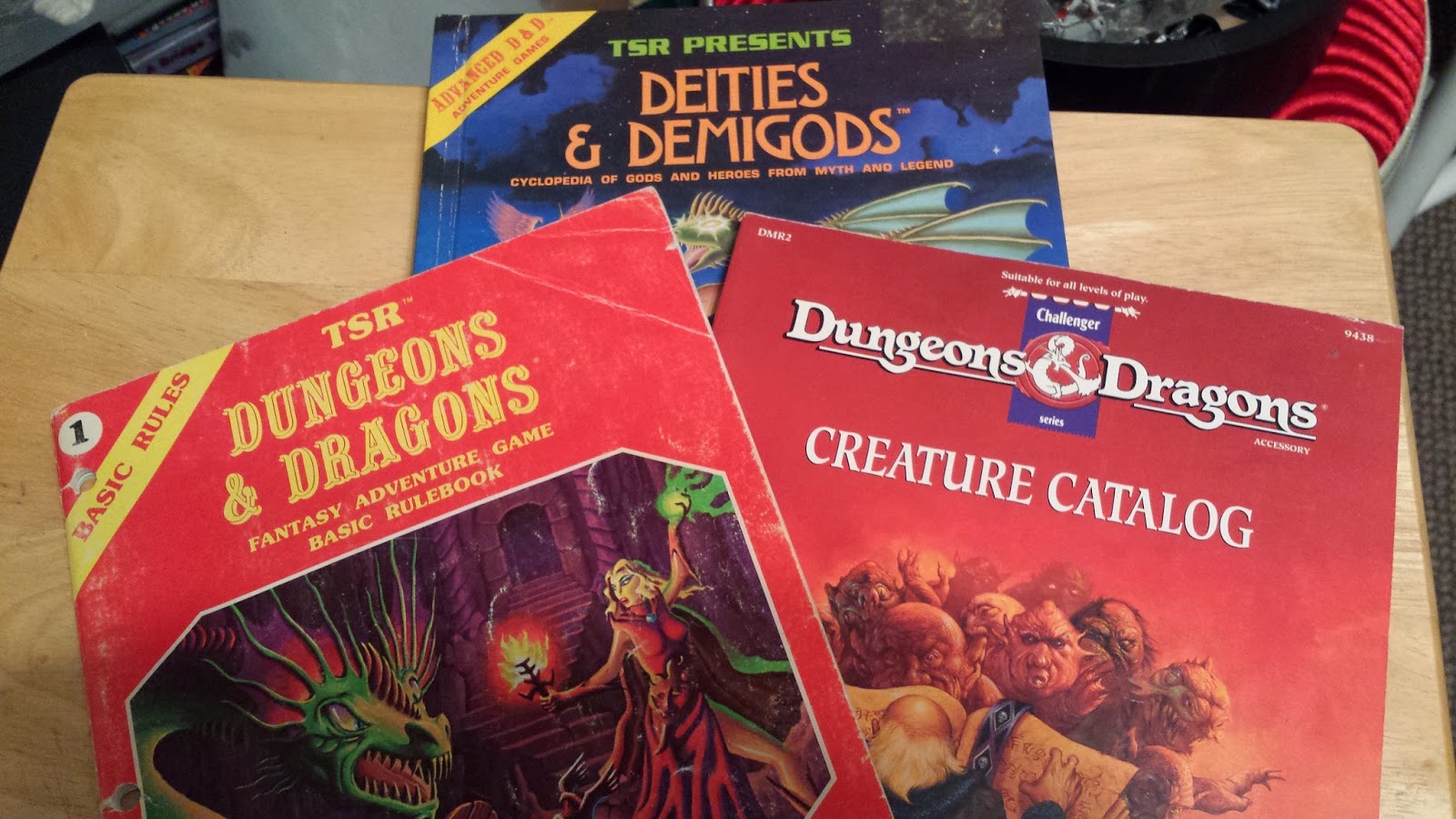