The Battle for Volgograd IV (A Battletech Reunion)

When I was in high school I ran a mercenary BattleTech campaign for my 2 best friends using the map boards from the Squad Leader game. It was great fun, and we played BattleTech probably more than any other game back then (even D&D).

Well recently I got the bug to run BT again, and contacted my two old friends, so this Sunday I will be running a massive combat using the maps from Red Barricades (ASL historical campaign). The planet is Volgograd IV and the city is the port of Stalinsky (see what I did there?). I developed the force for both sides (House Kurita - the Nefarious Nine / House Davion - Jason & the Argonauts) which consist of 1 Command Mech / 1 Fire Lance / 1 Recon Lance (so 3 heavy mechs, 3 medium, and 3 light per side).

I plan to write up an after action report next week after we play - I have not been this excited about playing a game in a long time.

The map (complete with plexi-glass to hold the map sheets in place): 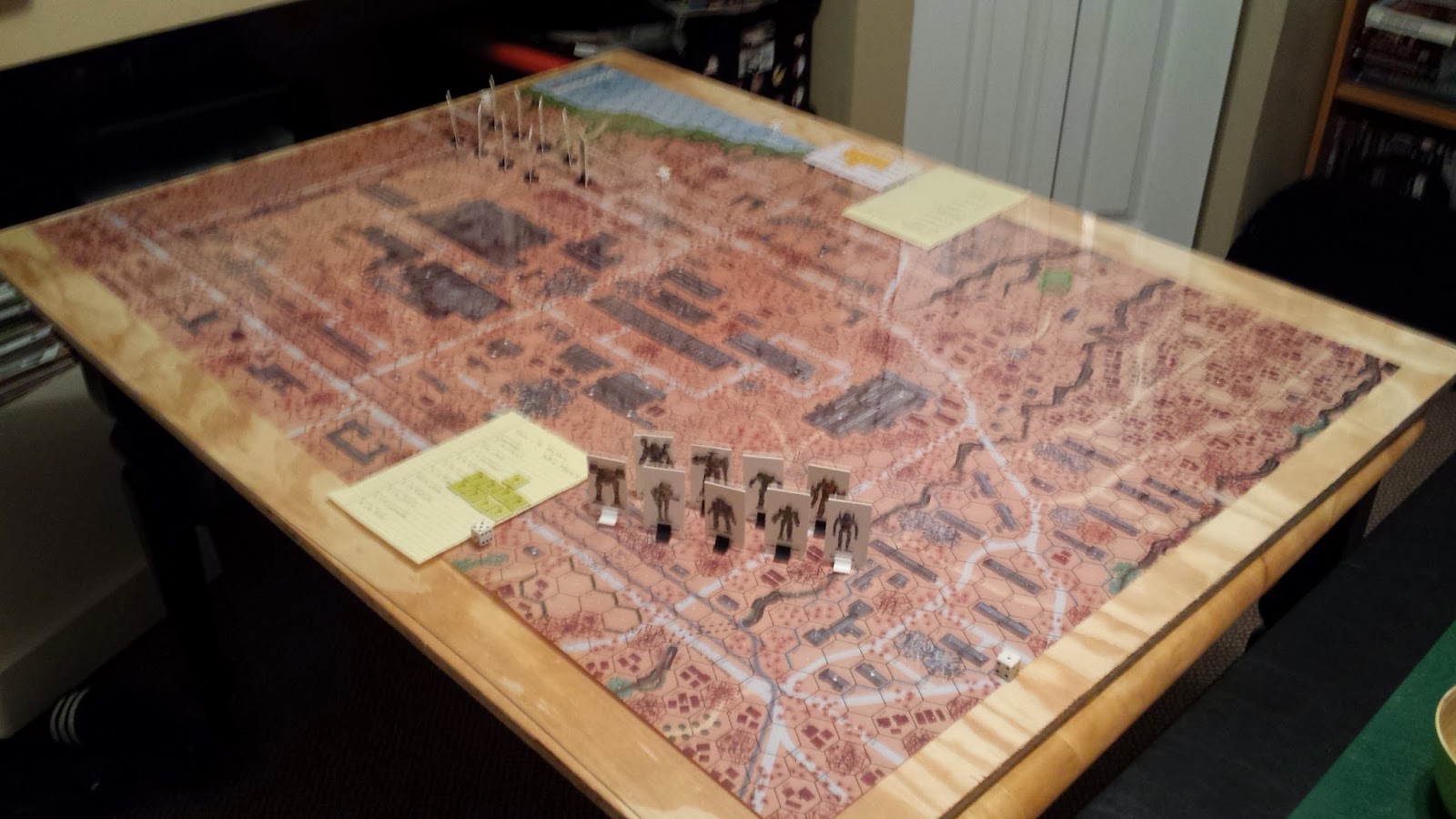 Here are the rosters (apologies to those on G+ for using your name...):